This morning my daughter was begging me for cinnamon buns for breakfast.  There was no way I was about to break out the yeast and break a sweat kneading at 7 am....and I didn't have a premade tube in the fridge.  So I came up with this spin on cinnamon rolls that uses simple white bread.  Granted it's not your typical fluffy thick cinnamon bun but they were the perfect size for little hands and she loved making them.....not to mention they were actually really good! 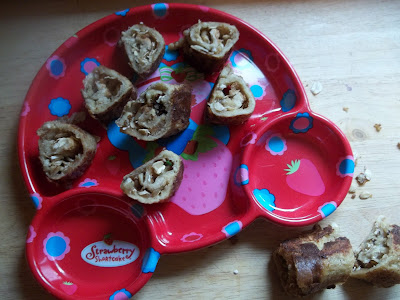 
On a flat surface, roll the slices of bread until very thin and butter the bread.  Sprinkle 1 tbl of brown sugar on each of the slices and top with half of the oats.  Sprinkle each slice with walnuts or any other favorite fill in that you like in your cinnamon buns.  Gently roll the bread as you would a cinnamon roll.
You may find it easier to secure with a few toothpics. 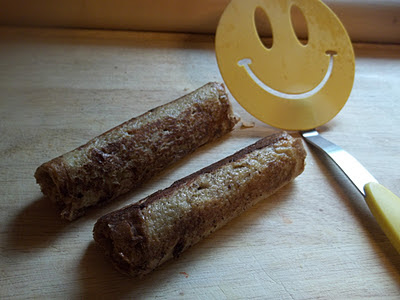 Whisk the egg with milk, vanilla and cinnamon.  Dip the rolled bread into the egg mixture and place onto hot skillet seam side down.  Continue cooking until all sides are brown.  Once browned, remove from skillet and allow to cool.  Slice into bite size 'cinnamon rolls' and serve!  It helps to have the rolls cooled a bit when slicing, it keeps things together better. 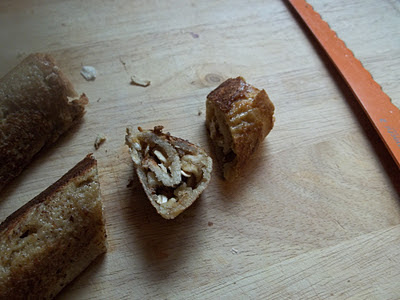